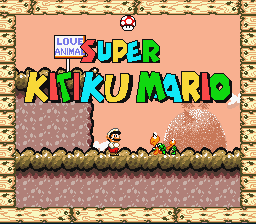 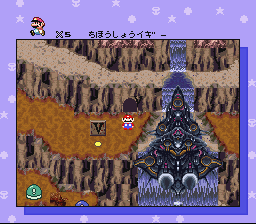 Brutal Mario (also known as Super Kitiku Mario, King Brute Mario, Devil King Mario, etc.) is an SMW ROM hack by Japanese Hacker "carol" that first released on SMW Central in 2008. It is most widely known for having custom graphics, bosses, gimmicks, and such taken from other games. It was one of the most praised ROM hacks back then, though recently it's seen a lot of backlash for uninspired level design, and its boss battles being patience trying. Even still, it is a technical marvel of its time that has since inspired many novices to join SMW Hacking communities and create some of the most memorable hacks of today's age. 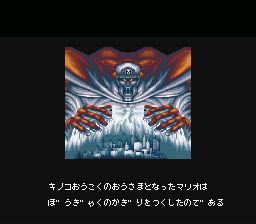 Mario became victorious over Bowser countless times and was seen as a hero by his own people. Over the years, however, Mario became the new tyrannical king, of the mushroom kingdom. He sets off on an adventure to overtake Bowser's kingdom, leaving the Mushroom Kingdom as a rotting wasteland of ruin and starvation. The kingdom Mario left behind has since started an alliance to take him out. 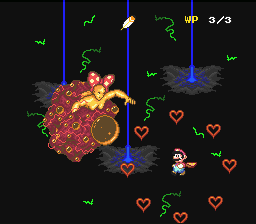 Ever since Demo 7's release, the author carol has released demos up until 2012 featuring bosses that completely change up the game of Super Mario World achieved by improved HDMA and Mode 7. Such examples go to the bosses Dark Lich, Bow, 7 Heroes, and even a first person shooter battling one of the airships from Chrono Trigger. A few of those demos also contained new overworlds and submaps that were very ambitious for its time.

The popularity of Brutal Mario has also led to some fake demos, screenshots, and videos claiming to be the next big thing the game has created. Someone even hacked into carol's account on Super Mario World Central to provide a convincing amount of screenshots, later debunked by members to the community with the real user admitting to his prank later on. Ever since, the game hasn't gotten any news, with the latest demo still being from 2012. 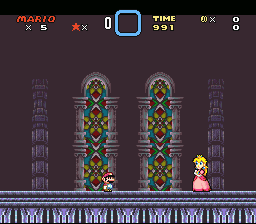 Maybe some day, Brutal Mario will return. But for now, it'll always be known for its revolutionary ambition to create the only known successful crossover ROM hack around.