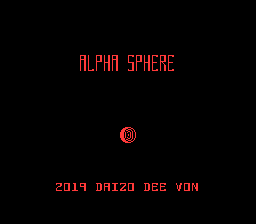 The Title Screen of "ALPHA SPHERE."

ALPHA SPHERE is the 1st place entry of SMW Central's 2019 "Halloween Level Design Contest" where you play as a female character named Norma on a mission to escape from Dr. Andre, but not before she stumbles upon an ancient relic. The entry has 4 endings, each gotten depending on what you do during the game. This is also the first ROM Hack to feature a full-screen animated jumpscare, unlike other hacks where it's just a singular image.

WARNING: This article contains spoilers for the game. The hack also contains themes of suicide and subtle sexual themes. 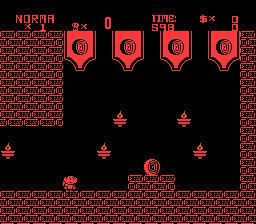 Norma looking at the Alpha Sphere.

Norma is found just outside of an ancient factory, home of "Dr. Andre". Going in has him saying he was the only one who ever loved Norma, and that they will have to commit to a certain action the next day. She leaves walking to where a "cutoff" is located, expressing that maybe it's time she fell. She attempts to throw herself off the cutoff point, only to land on nothing. She keeps going right, confused why she didn't die. She stumbles across a stronghold containing an ancient relic, The Alpha Sphere. She's shocked to find it in this building, so she claims she will find a better home for it. She then returns to Dr. Andre's place, and he suggests she puts it back. This is where the game truly begins... or ends...

ENDING Z is achieved by failing to outrun Dr. Andre during his boss fight. His jumpscare will appear, and Dr. Andre is successful at "saving humanity".

ENDING B is achieved by simply putting the Alpha Sphere back in the stronghold. She will walk away, and the ending reveals two of the same image of a flower being cut by a pair of scissors representing Norma no longer of being afraid to be deflowered by Dr. Andre.

ENDING A is achieved by outlasting the boss fight. Dr. Andre has revealed before the fight that by destroying the Alpha Sphere he can no longer revive Norma, and so that's why he goes after her forcibly. By getting to the end, Norma falls in a lava pit. Because of the destruction of the Alpha Sphere, Dr. Andre fails his mission to save humanity, and expresses that he regrets what he has done out of rage. This is also the only time in the game where the screen is no longer red and black, and the screen dynamically changes from red to blue to reflect the mood. The final screen reveals what the world looks like with colour, and also reveals what Dr. Andre truly looks like.

ENDING J is achieved by either dropping or throwing rings at Dr. Andre until he is defeated. He expresses that if Norma would rather doom humanity than save it, then so be it. The credits roll in this ending, but it doesn't last as a new character approaches: a robot named Jinker Bolts. The final screen has Jinker Bolts saying "Happy Halloween!".

A suicidal girl trying to escape from her husband, Dr. Andre. She is a much weaker character compared to most SMW Romhack protagonists, lacking the spinjump and P-speed. She only has 1 HP, and always starts the game at 1 Life. It is later revealed that the reason she keeps appearing after death is no longer just convenience to the player, but it's actually built into the plot itself with the Alpha Sphere. In Ending A, it is revealed that she wears a pink shirt, and has blonde hair.

In "Director's Cut", it is further explained that her first life ended during the human genocide caused by Jinker Bolts.

A stressed hard working man visualized as an horned skeleton demon that towers Norma in size. His mission is to bring back the human race using Norma as a vessel. He uses the Alpha Sphere to bring back Norma every time she manages to end her life, repeating the cycle until she finds the sphere herself and destroys it. He even tries to tell Norma to put it back when she shows him the relic. Endings B and Z is where he gets his way. Ending A is where he recognizes his mistake, and is revealed to be a bald doctor in a lab coat with pink clothes underneath.

This robot character makes appearances in most of Daizo Dee Von's recent projects, and appears when you achieve Ending J. In this universe, he appears after the credits to introduce himself with an evil grin, revealing that it turns out Norma and Dr. Andre were not alone in this world. The music that plays references the author's 2014 HLDC Entry, "The Mario Game". This is the character's fourth appearance in a ROM Hack (others including The Mario Game, Law & Order: Mushroom Kingdom Unit Demo, and Krack The Hack).

In "Director's Cut" it is confirmed Jinker Bolts is the reason Norma and Dr. Andre are the only humans left in the game. 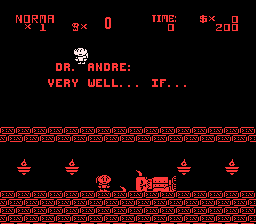 During the first "Dr. Andre Defeated" cutscene panel, the player can actually walk off from the ceiling and stand on the text/floors. Because the player can't jump in cutscenes, this ultimately softlocks the game. It also turns out that Norma's palette can change on a "per level" basis. Perhaps a feature that went unused? 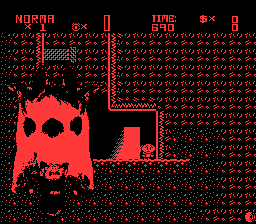 The "Three Headed Horse" when leaving the cave section. 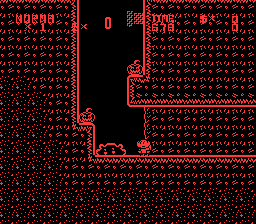 How funny that this game takes place in a "halloween" setting.

Interesting note is Daizo Dee Von added pumpkins in the entry just to avoid the "lack of a Halloween theme". This is the only judge that either didn't catch it, or didn't feel it was enough to warrant full points.